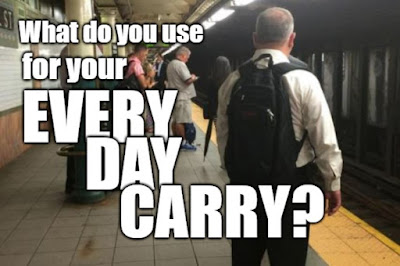 Which kind of bag do you prefer to use during your Every Day Carry (EDC)? 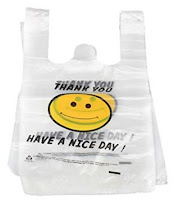 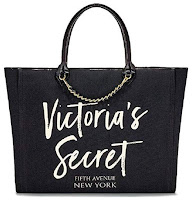 Whichever style you prefer:
If you'd rather not be "identified,"  you may reply/post anonymously in the comments below (I'm pretty sure you can comment anonymously ... if not, lemme know).

I have been watching 'bag people' (those of us who carry bags to/from work) during the AM and PM Metro runs.  There are definitely more people who do than don't use a bag of some type.  I have been asking people (yep, total strangers who, after I convince them I'm not nuts, nor am I working for Jimmy Fallon or Kimmel or whoever) for their opinion(s) about the different kinds of bags people use (and the one *they* use).  Before I post the pictures of the 'bag people' I've been collecting and what I'm finding out, I'd like to get your opinion.  And stuff.

Thanks in advance.  Film at 11.
JM(M)
Posted by John Em at 17:53 7 comments:
Email ThisBlogThis!Share to TwitterShare to FacebookShare to Pinterest

Amazon's Alexa-thing is 5 Years Old, Smarter Than Me, and I Don't Care 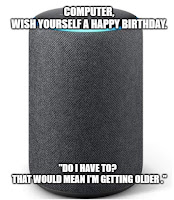 I seem to be getting older, too.  It's weird.

To avoid offending anyone, I should rephrase:

"As my chrono-biological advancement process progresses, I have been noticing some uniquely odd moments."

I'm concerned about these "odd moments" because it seems as though I am experiencing a more rapidly increasing version of an already rapid process.  I'm pretty sure that my internal clock-system-thing is developing a method for itself to capture these moments because it thinks I'm not paying attention.   It's catching the odd moments like a cellphone-camera and sending mental image-alerts to smash into my consciousness (the part that I pay attention to, anyway) and say things like "Hey!  Knock it off, you're old."  This makes it very hard to deny the fact that I am, indeed, "getting older."

I've been pretty good at that -- denying it -- until lately.

So what's the big deal, right?  Anybody with half a brain realizes that time doesn't stop and neither does the aging process.  While some of us might know how to slow it down, it still doesn't stop (that I know of).  And this means that we're all aging whether we bother to notice, or choose to acknowledge it, or to accept it, or not.  "Duh," right?

Well, no.  It's not that simple.  As I mentioned, it's not something everyone likes to acknowledge.   Getting older (so some say) sucks.  And if we don't acknowledge something, we very likely just think and believe it's not happening.   It's a trick.  That's how I came to believe that I'm *not* getting old.

It's simple:  don't accept it.   It's a psychotic, sociopath kinda thing.  "I don't see it, so it's not there."  However, the longer we put off accepting something like this whole aging thing, the more difficult it will be with when our internal control systems begin to throw these yawping signals in our faces. 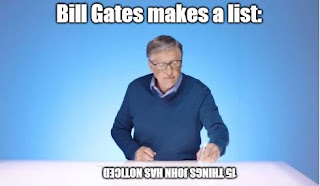 I've been keeping a list of these signals when they pop up.  Here are fifteen of them: 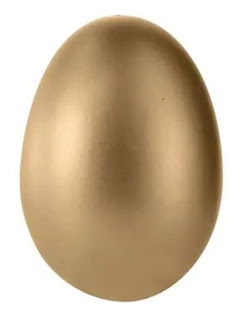 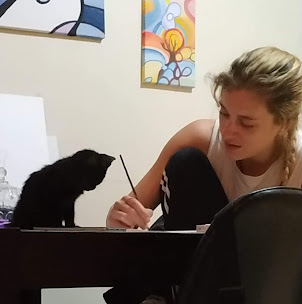 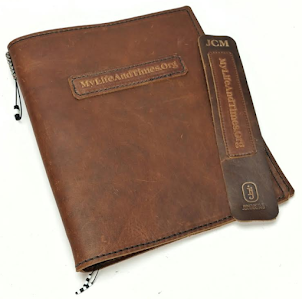